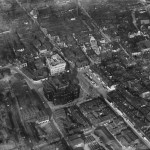 Today (25th June 2012) English Heritage launched Britain From Above. This new site publishes over 16,000 aerial photographs taken over the UK in the interwar years. This is a fascinating project and includes a member log in so anyone can add extra information to the site. There is a great selection of aerial shots of […] 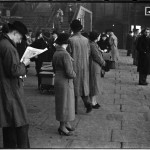 The leader of Mass-Observation’s Worktown study of Bolton was the remarkable Tom Harrisson. His previous anthropological study of tribes in the New Hebrides led him to take a particular interest in the religious life of Bolton. He saw parallels between church and tribal rituals. A book examining religion in Bolton was planned after John Sommerfield’s […]