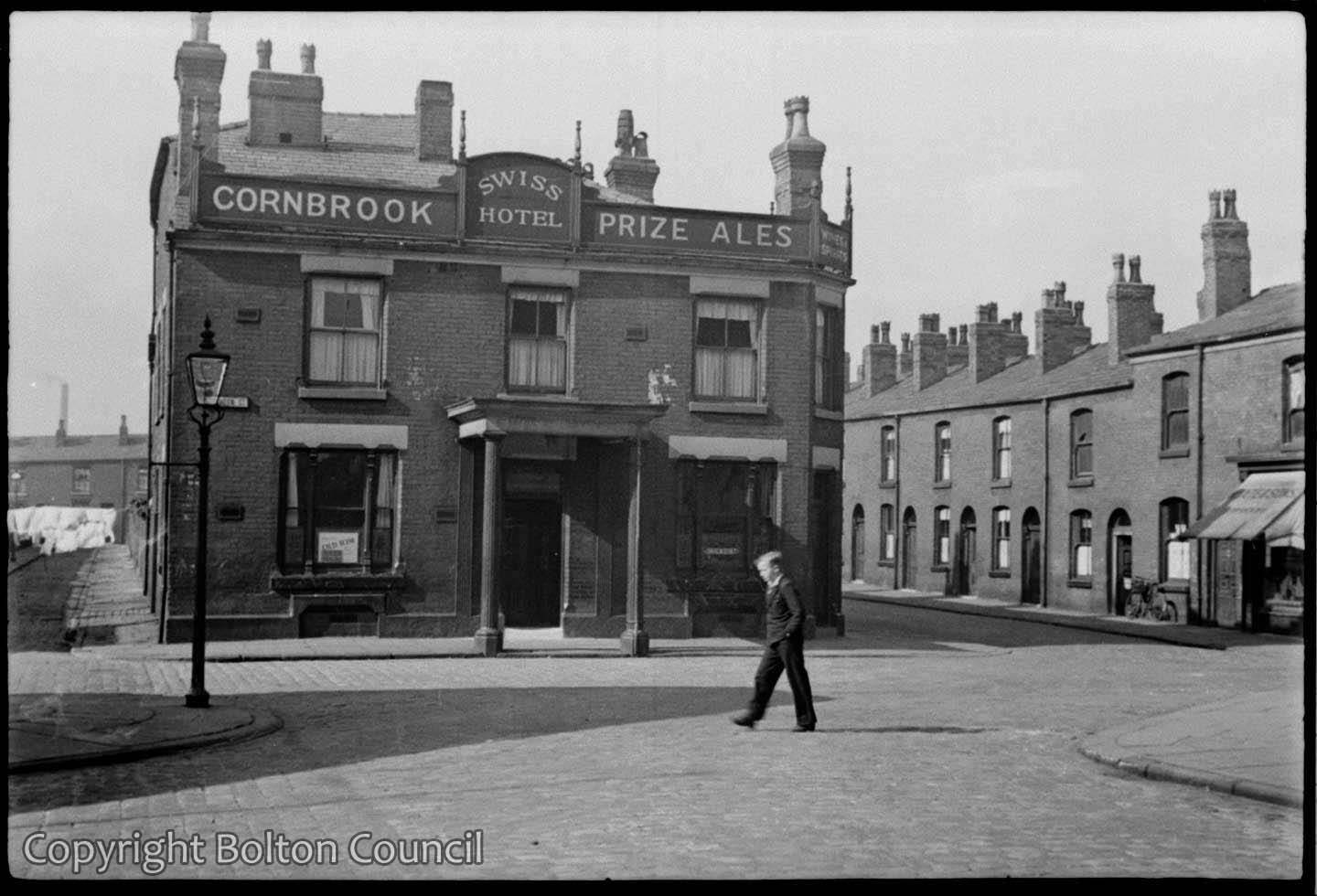 A man crosses the road in front of the Swiss Hotel. The pub stood at 8-10 Southern Street and was closed in the 1970s.