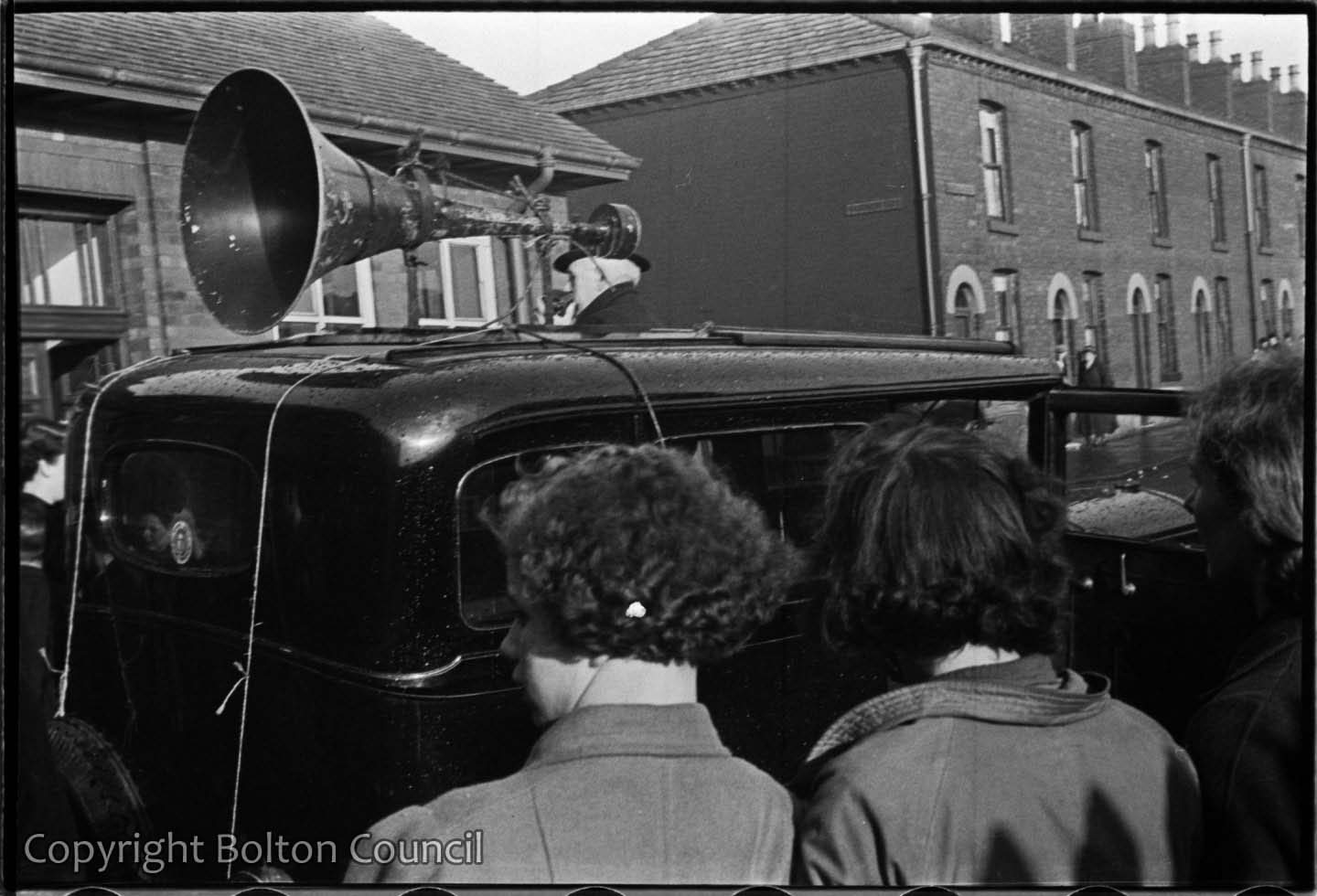 A loud speaker van at an  open air election meeting during the January 1938 Farnworth by-election. We think that this sequence of photographs may have been taken at Burton’s Works.