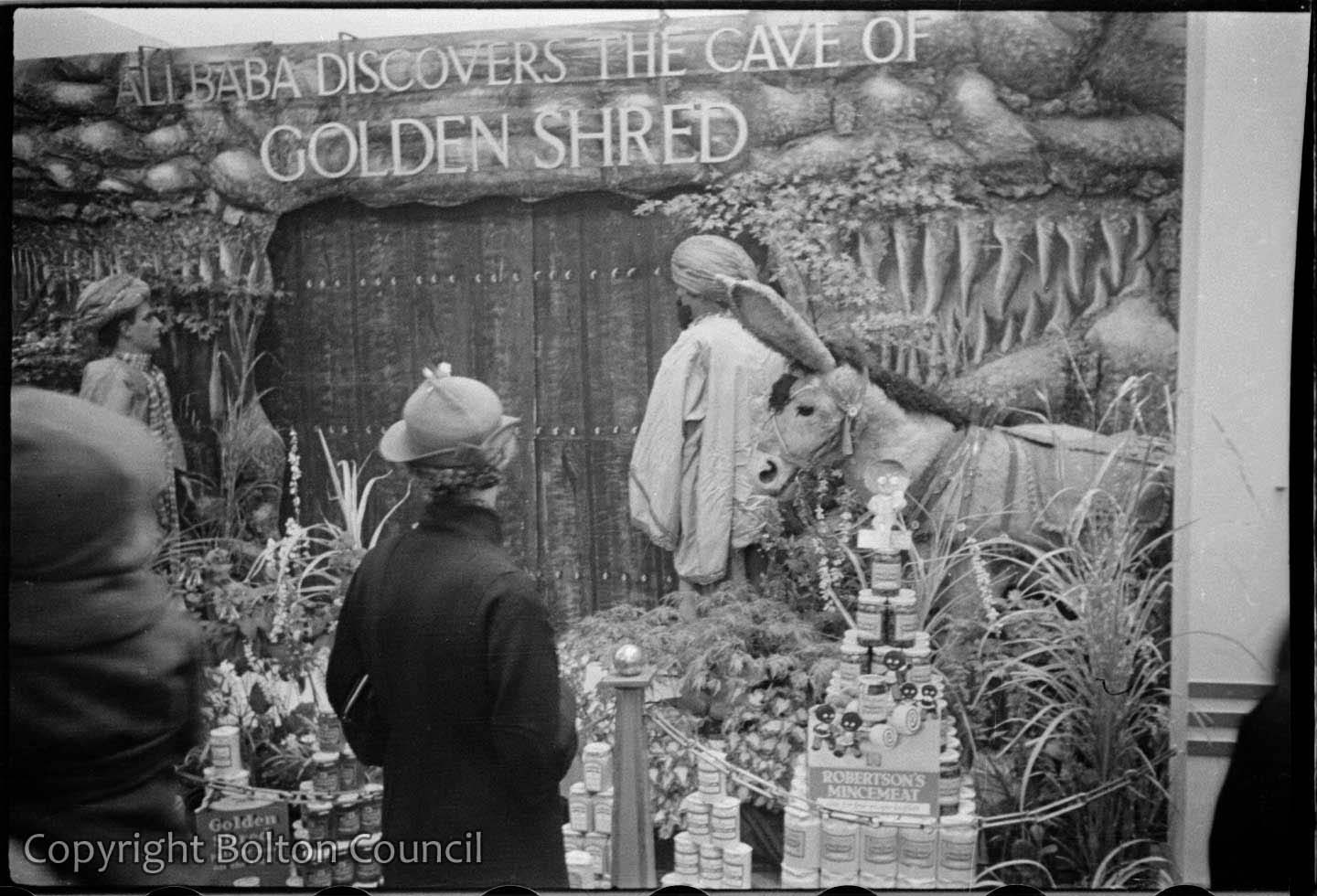 A stall promoting Robertson’s Golden Shred marmalade at the Happy Homes Exhibition, Drill Hall, Silverwell Street. The exhibition was organised by Bolton Chamber of Trades to promote commerce in Bolton. The Robertson’s stall used puppets including their famous Golly to promote their brand as seen in the next negative on this film (1993.83.09.20). The Robertson’s brand used to give out collectible Golly badges until the 1980s when the character became culturally unacceptable because of its racist connotations.

The Mass Observation Archive includes a number of accounts written by observers of the exhibition and a brochure listing stalls. Exhibitors included Smith’s Potato Crisps and the Youth Hostel Association as well as local companies. There is also an observation of the entertainment provided by an Italian, Giovanni, whose “violent mismanagement of the English language succeeded in making some first rate cracks.”