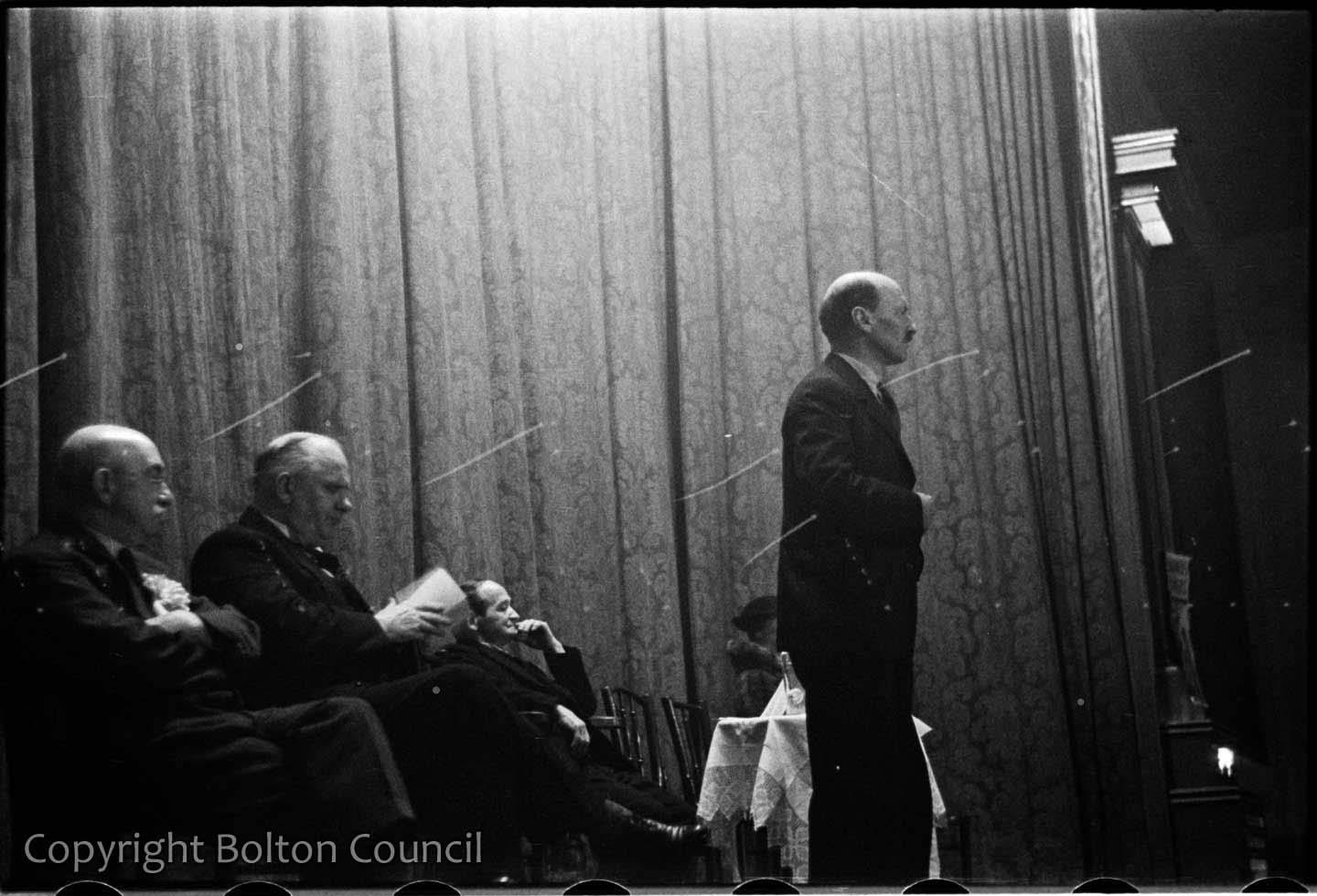 Labour party leader Clement Atlee speaks at a rally for George Tomlinson, a candidate for the 1938 Farnworth by-election. His support was obviously effective as Tomlinson went on to win the election, taking the seat from the Conservative party. Mass-Observation worked for Labour during the campaign, developing techniques such as vote-catching which contributed to the victory.