Children peeping through a fence By Humphrey Spender - April 1938 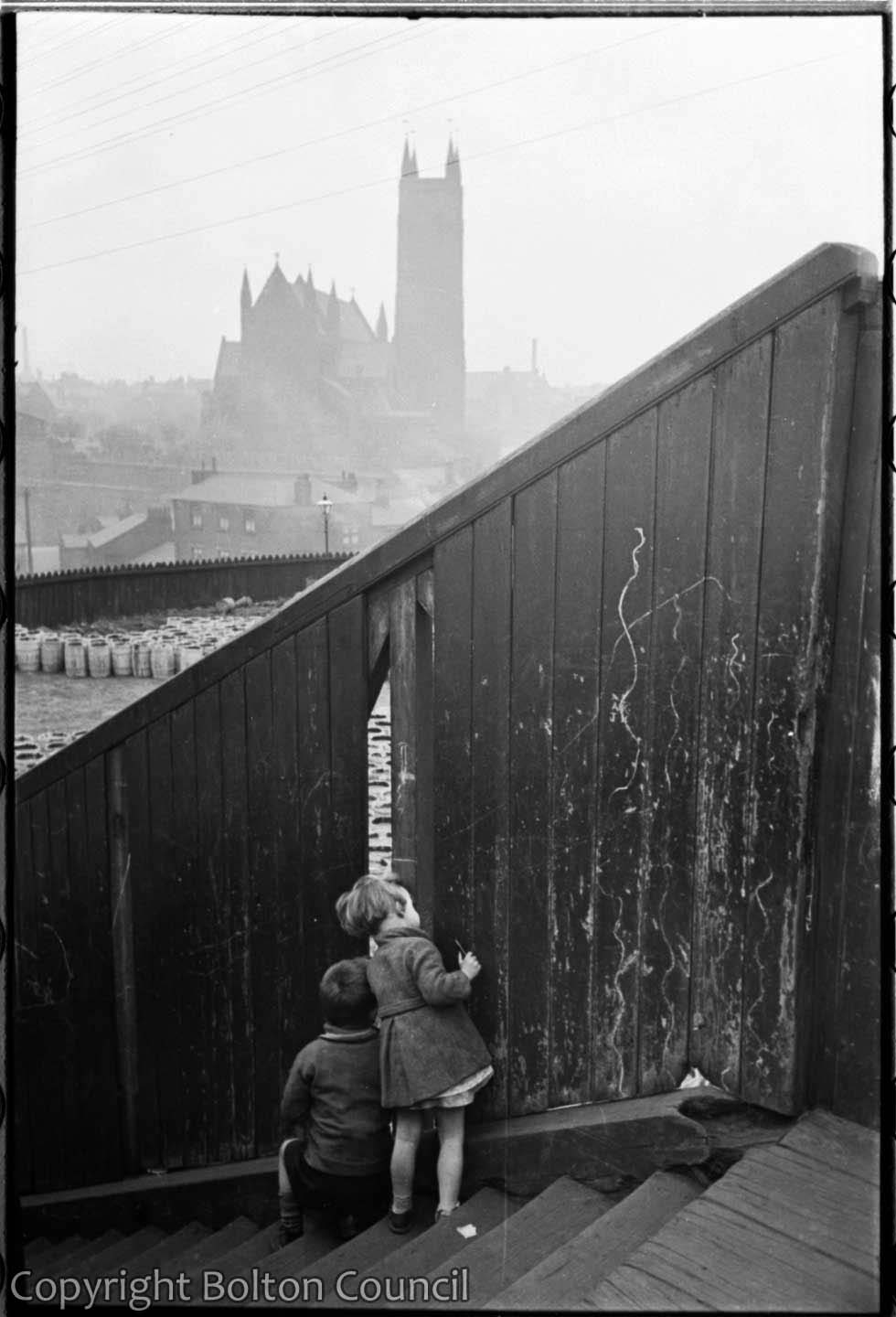 Children peep through a gap in a railway bridge fence. Humphrey Spender took a sequence of photographs of children playing on this railway bridge. There is still a bridge at the same location, and it is still covered in graffiti (2012). Bolton Parish Church is visible in the back of this photograph. The barrels, which are just visible, could be for the tar used during the construction of St Peter’s Way.