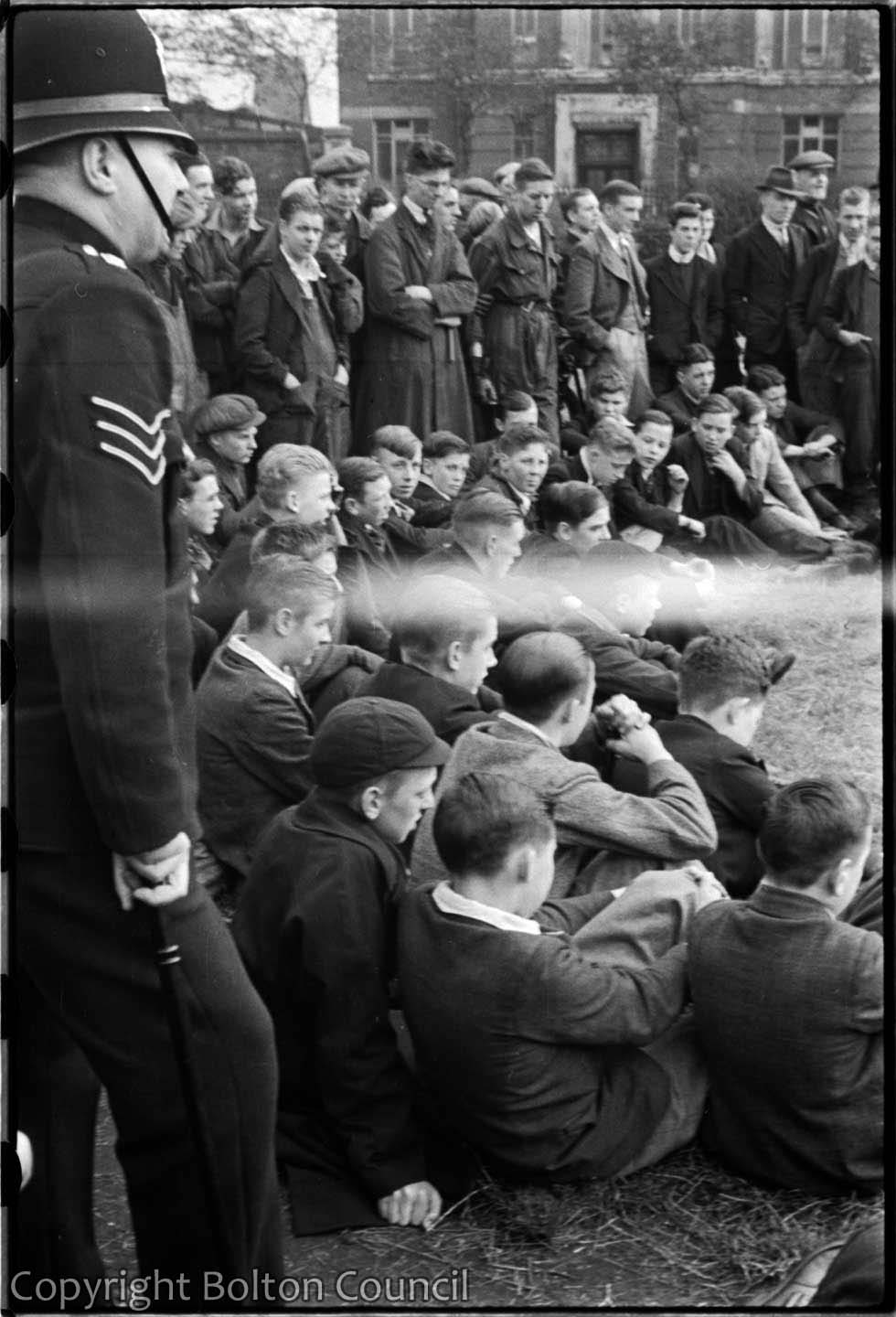 Apprentices’ Strike meeting in Queen’s Park. The national strike by apprentices was to demand fair wages, the right to union representation and an end to victimisation. Apprentices’ wages were extremely low, despite them often been asked to do jobs for which adult workers were paid danger money.

It was also standard practice for companies to sack them when they became fully qualified and replace them with new apprentices who were much cheaper. The apprentices’ slogan was `All out together, all back together’ and they were successful in gaining union representation and fairer wages.