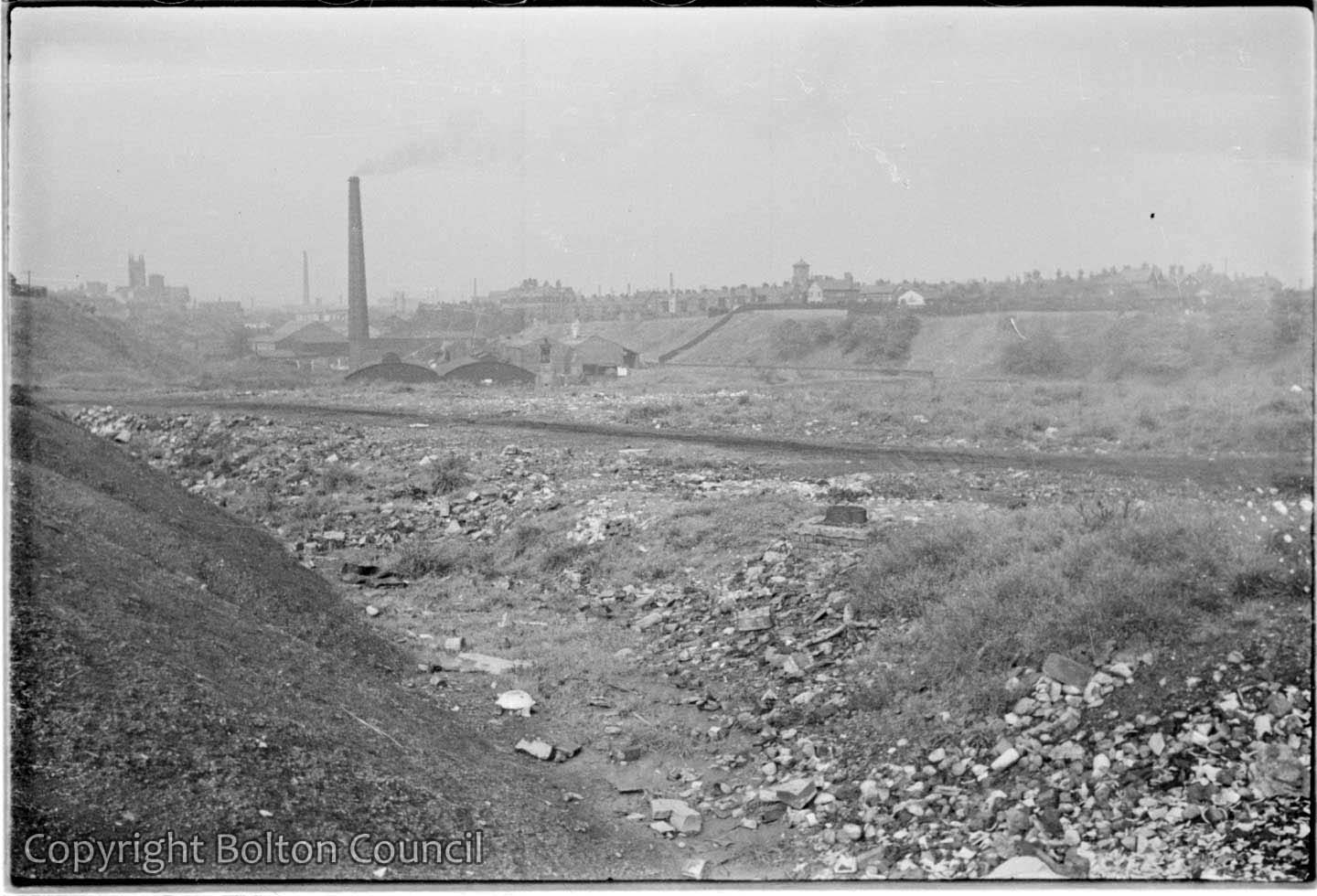 Industrial wasteland with the parish church visible in the distance. This is now the site of Trinity Retail Park.