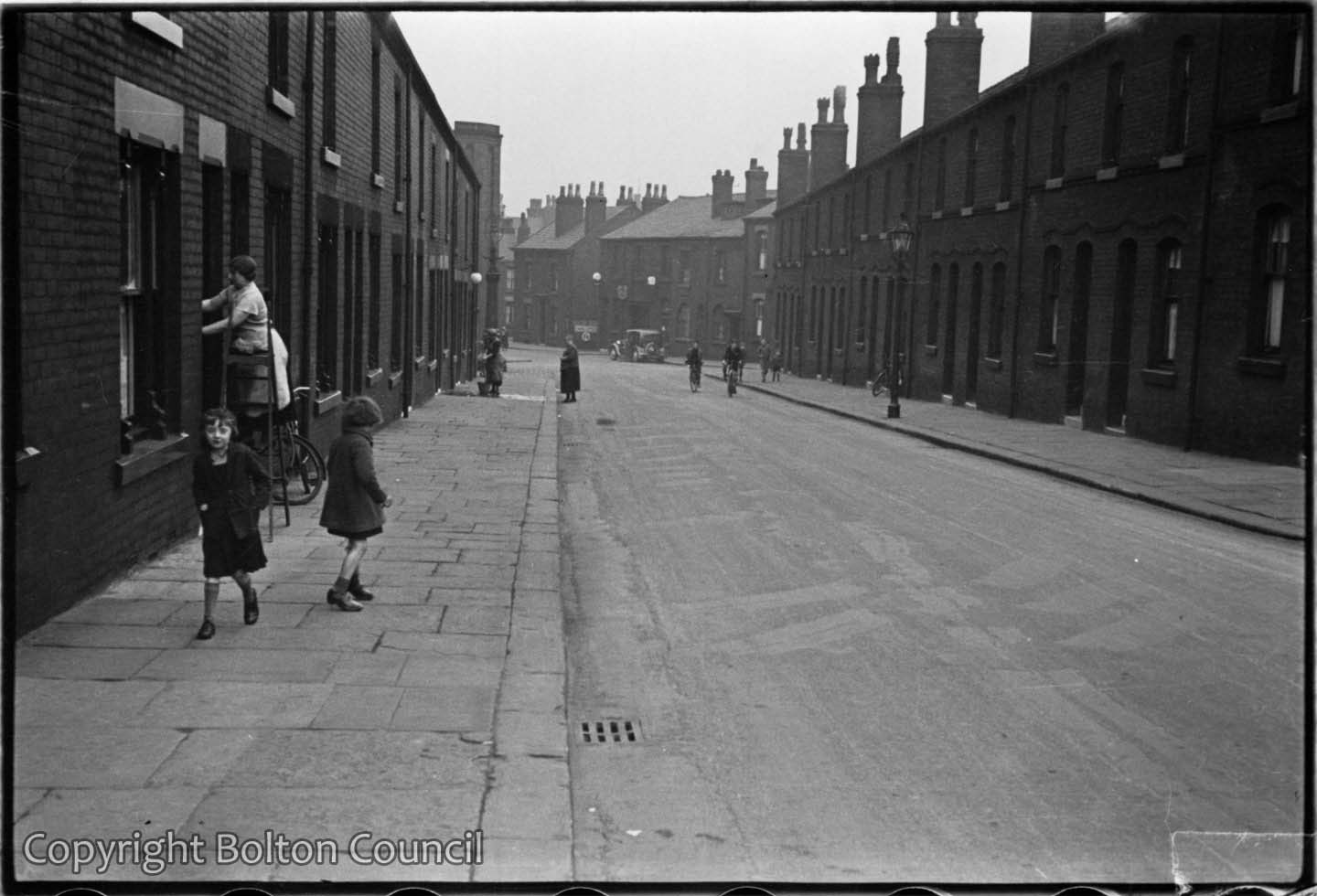 Street life on Snowden Street. The Mass Observation team lived at 85 Davenport Street which was next to Snowden Street. The terraced houses were demolished in the early 1980s and replaced with modern homes. The only remaining building in this photograph is the mill which can be seen at the back left hand side of the photograph, which is now used as industrial units. Humphrey Spender returned to Bolton to record the demolition of Davenport Street and the surrounding area for the documentary film Return Journey.