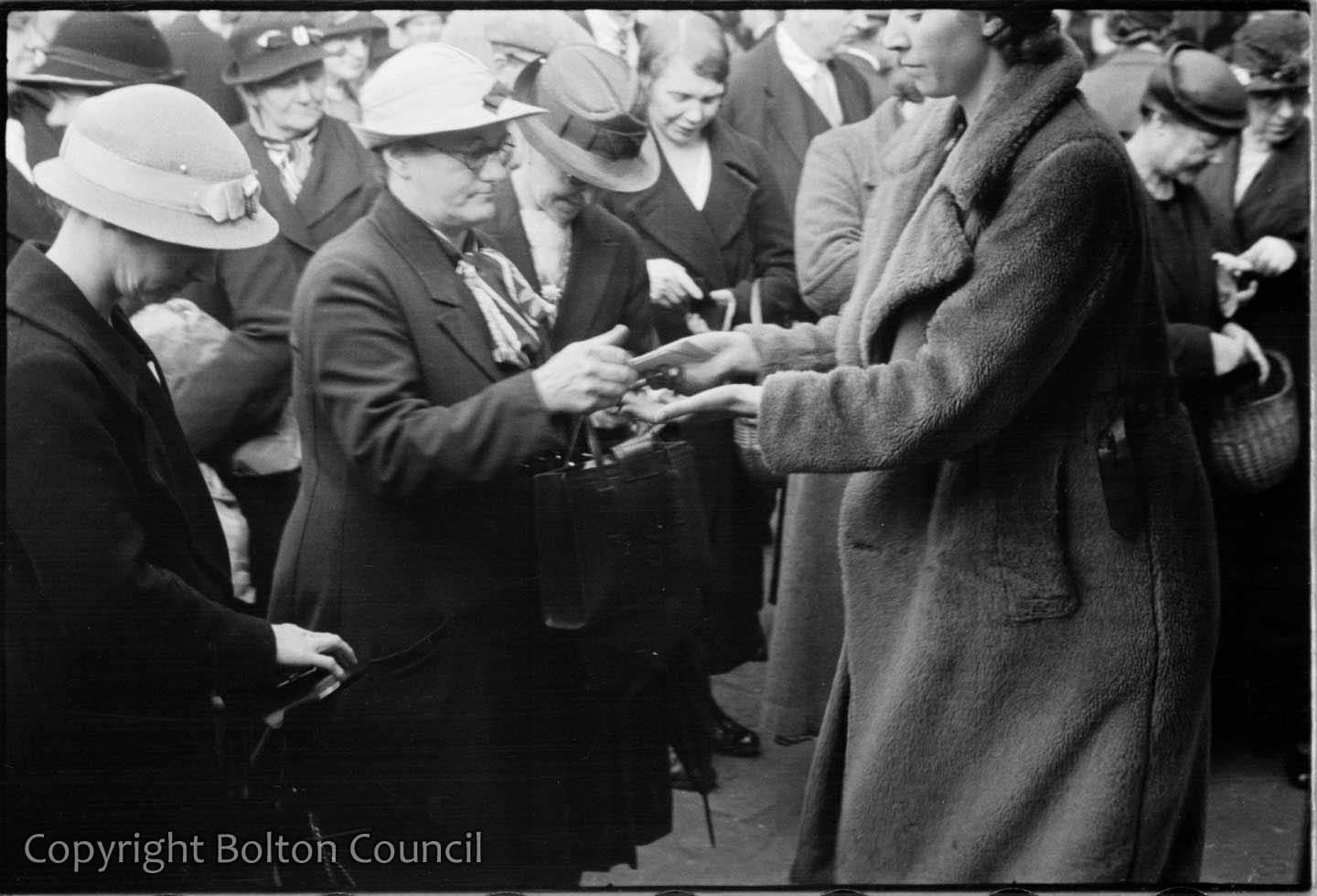 Customers at a quack medicine stall in Bolton’s open market, Thursday 23rd September 1937. A woman passes a leaflet to another. Before the NHS was established working people in Britain would rely on such stalls and shops as visiting a doctor was expensive.