On a Strange Honeymoon By Humphrey Spender - September 1937 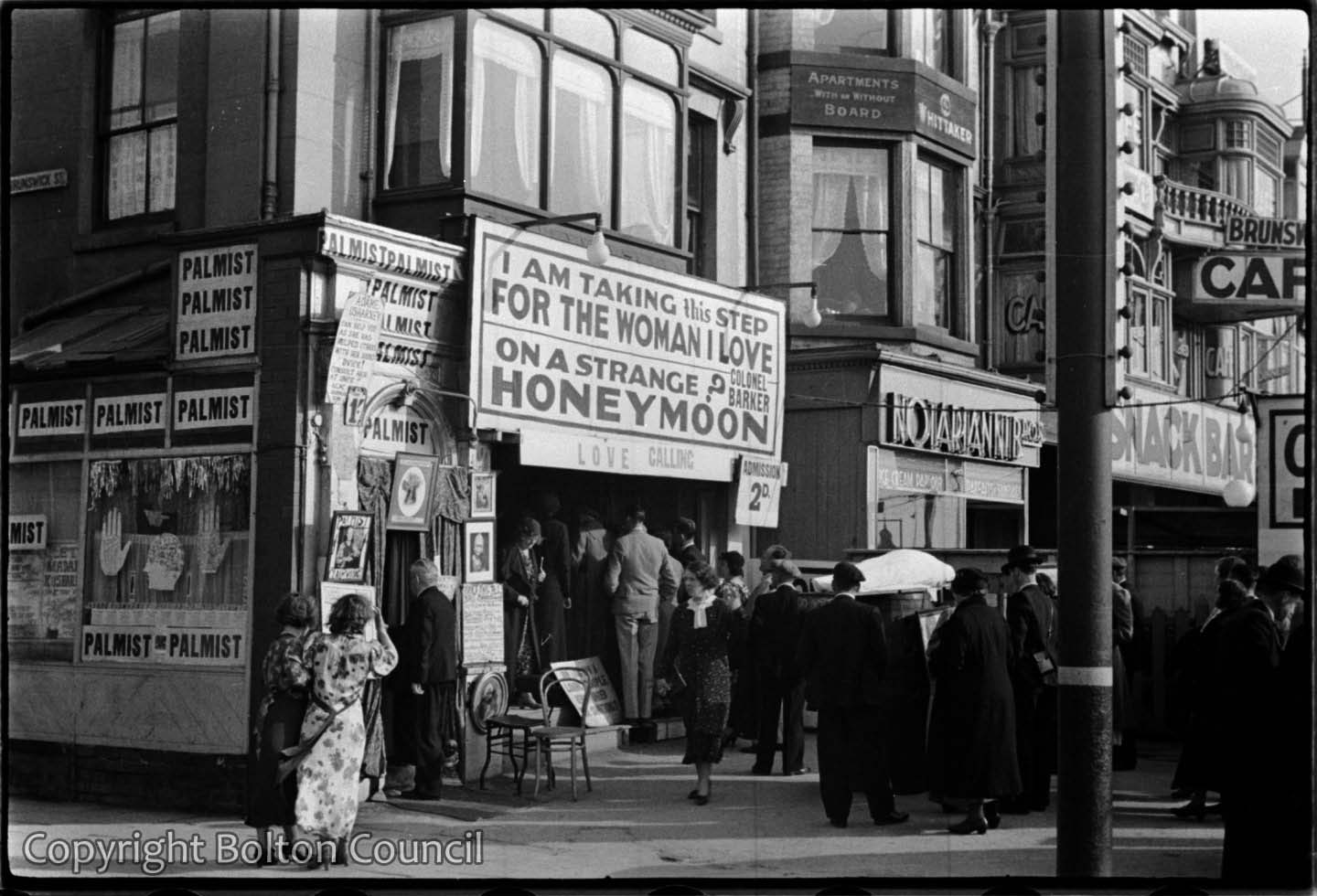 Colonel Barker was a popular attraction in Blackpool. He had become a tabloid celebrity after being arrested for bankruptcy. The police discovered that he was actually a she! The Colonel was sent to prison because she had tricked another woman in to marriage. The woman had never realised that her husband was not a man.