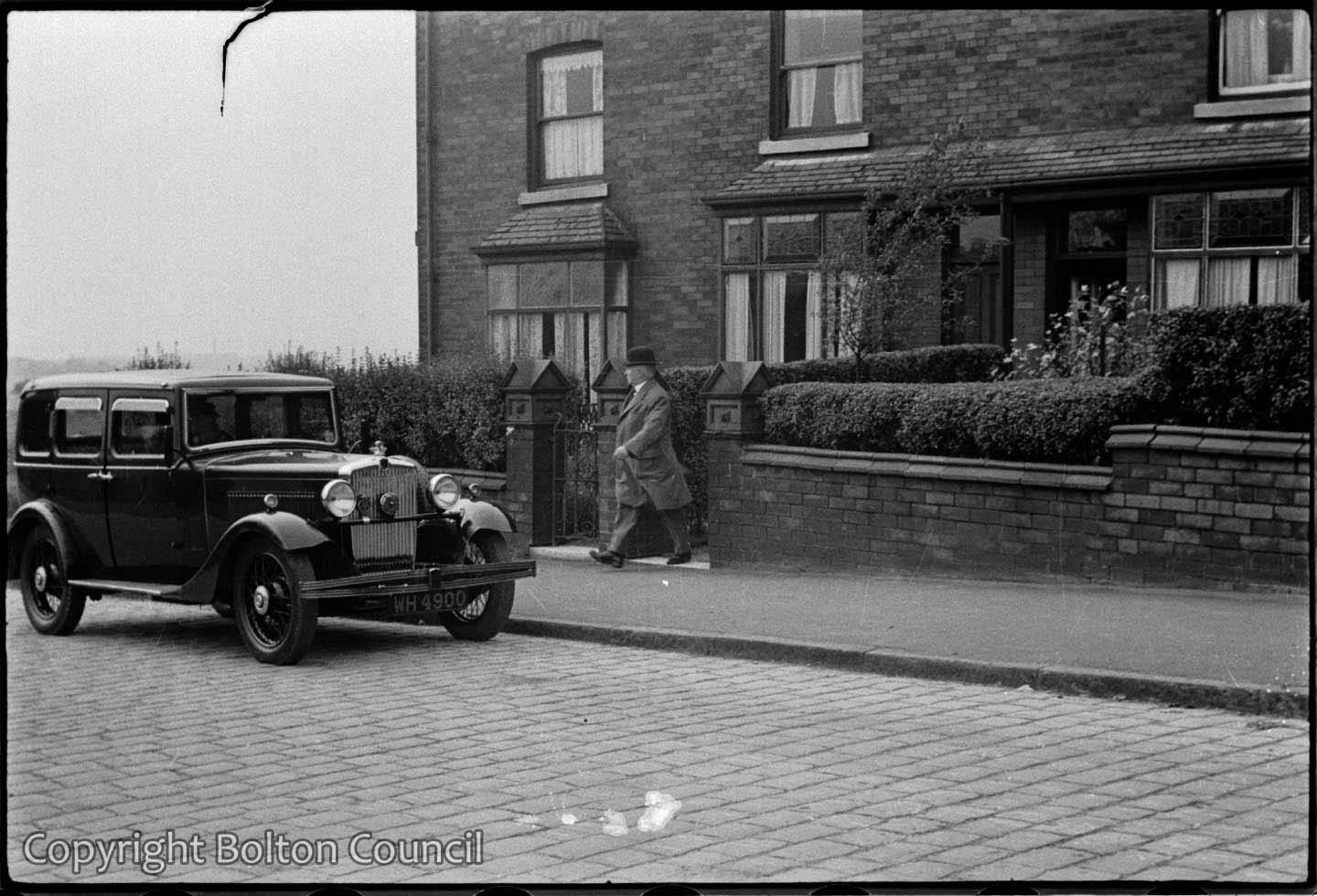 A car and man outside a house in Bolton. In the next photograph (1993.83.09.03) the car has gone so we can probably conclude that the man has driven it away.

The location of this photograph has not been discovered, but as the negatives which follow on from it are in the Leverhulme Park area this may give a clue to where it is.

The photograph has been labelled in the past as being of George Tomlinson, the Labour candidate in the January 1938 Farnworth by-election but we do not believe this to be right. On closer inspection this man is older, and perhaps stouter than Tomlinson.

After some discussion (see comments) it is possible that this may have been been taken on Long Lane facing the junction with Swinton Street.