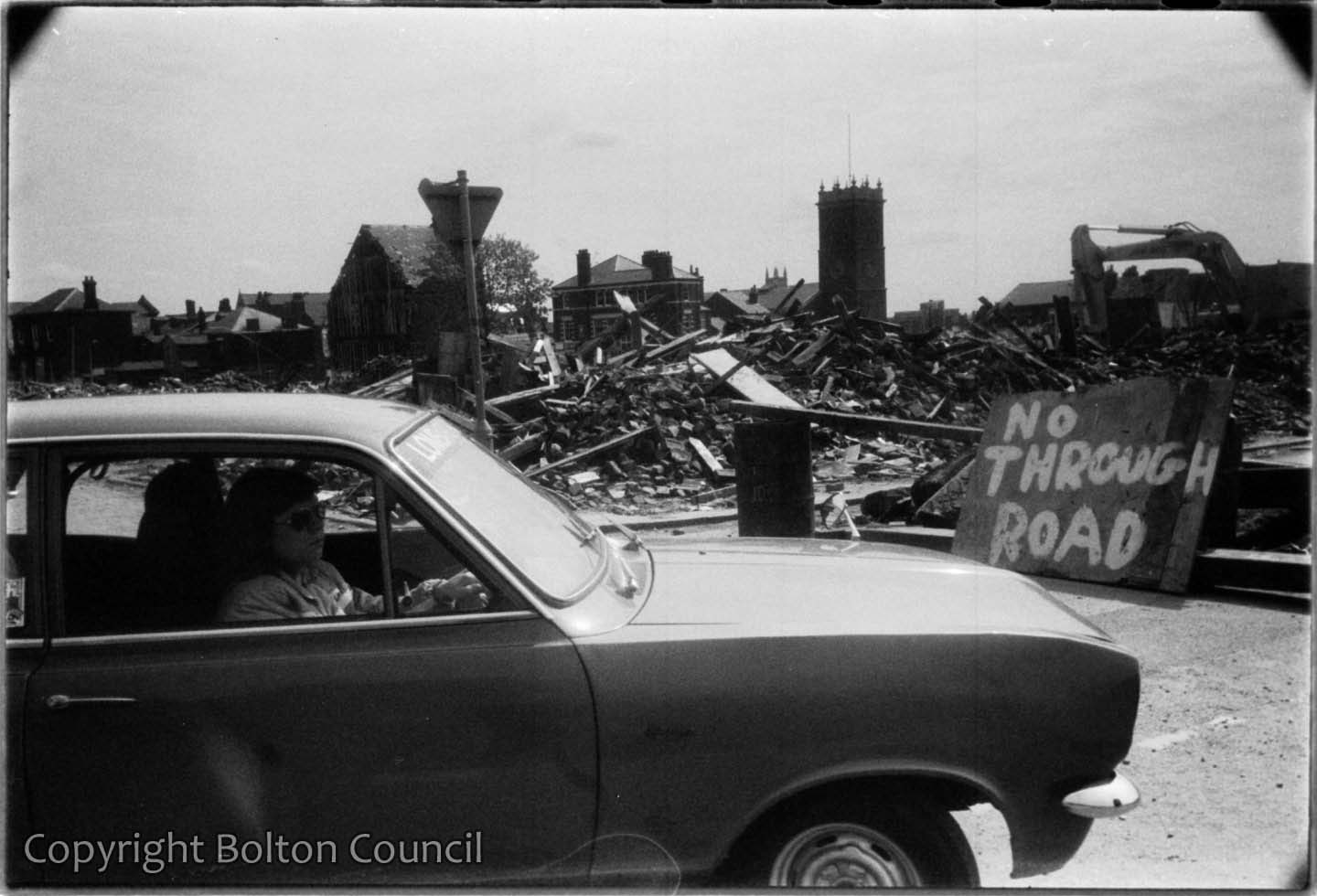 A car drives past the demolition of the Davenport Street area in the early 1980s. St George’s Church is visible in the back of the photograph.

Mass Observation had their headquarters at 85 Davenport Street during the 1930s Worktown Survey. Tom Harrisson and other observers lived together in the house. Other Spender photographs in the archive and observer’s diaries in the Mass Observation Archive show how much it was like a modern student house- in a state of perpetual squalor.
Humphrey Spender revisited and photographed Bolton in the early 1980s for the short film ‘Return Journey’. The documentary was directed by Ian Potts, and funded by the Arts Council and ITV. Bolton Museum hold two rolls of 35mm film which he took during this visit. He photographed mainly in the market and near Davenport St.