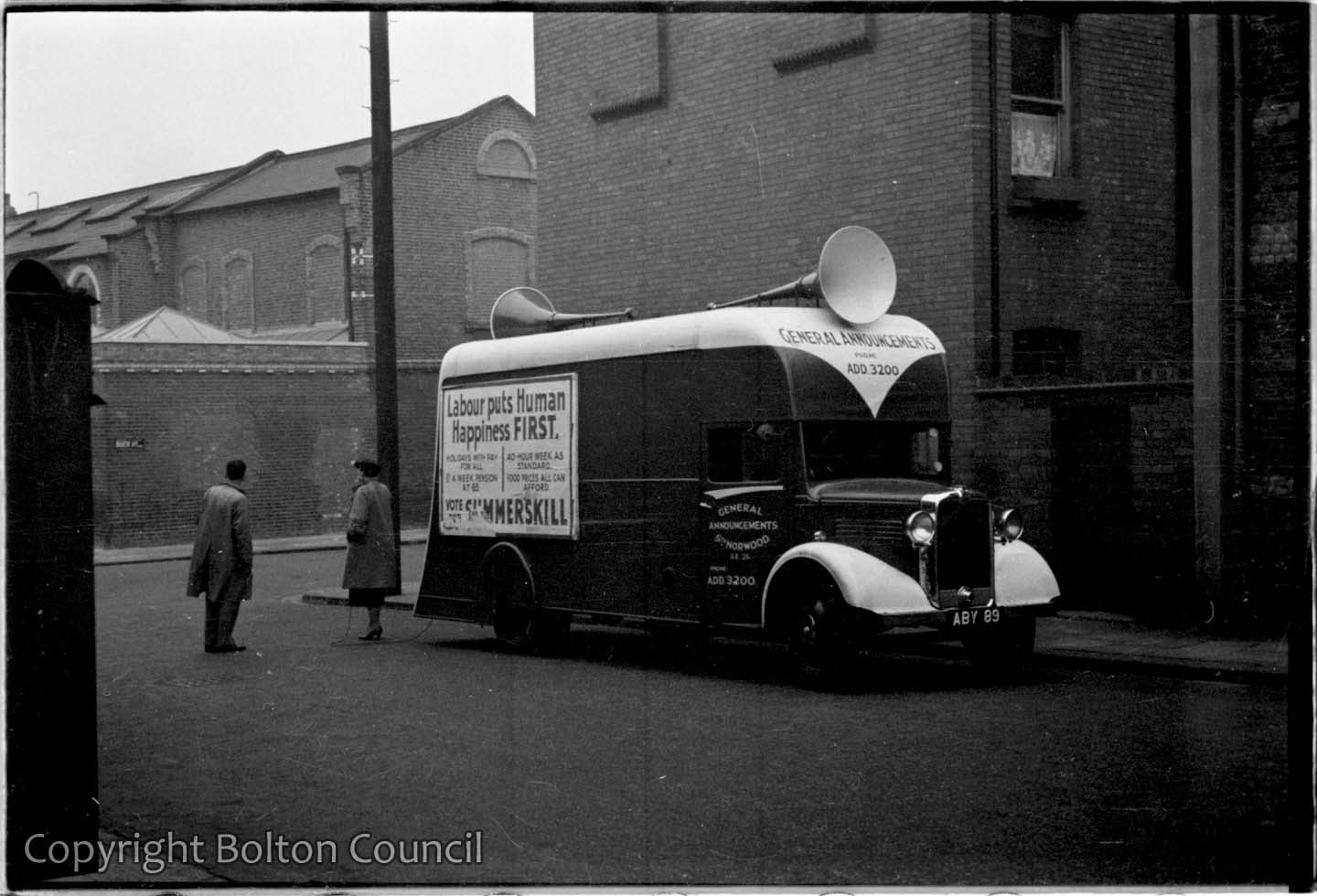 An election campaign van for Edith Summerskill who stood successfully for Labour in the April 1938 Fulham West election.

This is one of two negatives in the Worktown Archive which document Summerskill’s London  election campaign.

It is possible that Humphrey Spender was covering the event for the Picture Post or another employer or working for Mass Observation who had used their skills in finding out public opinion, to support Labour in the January 1938 Farnworth by-election in Bolton.