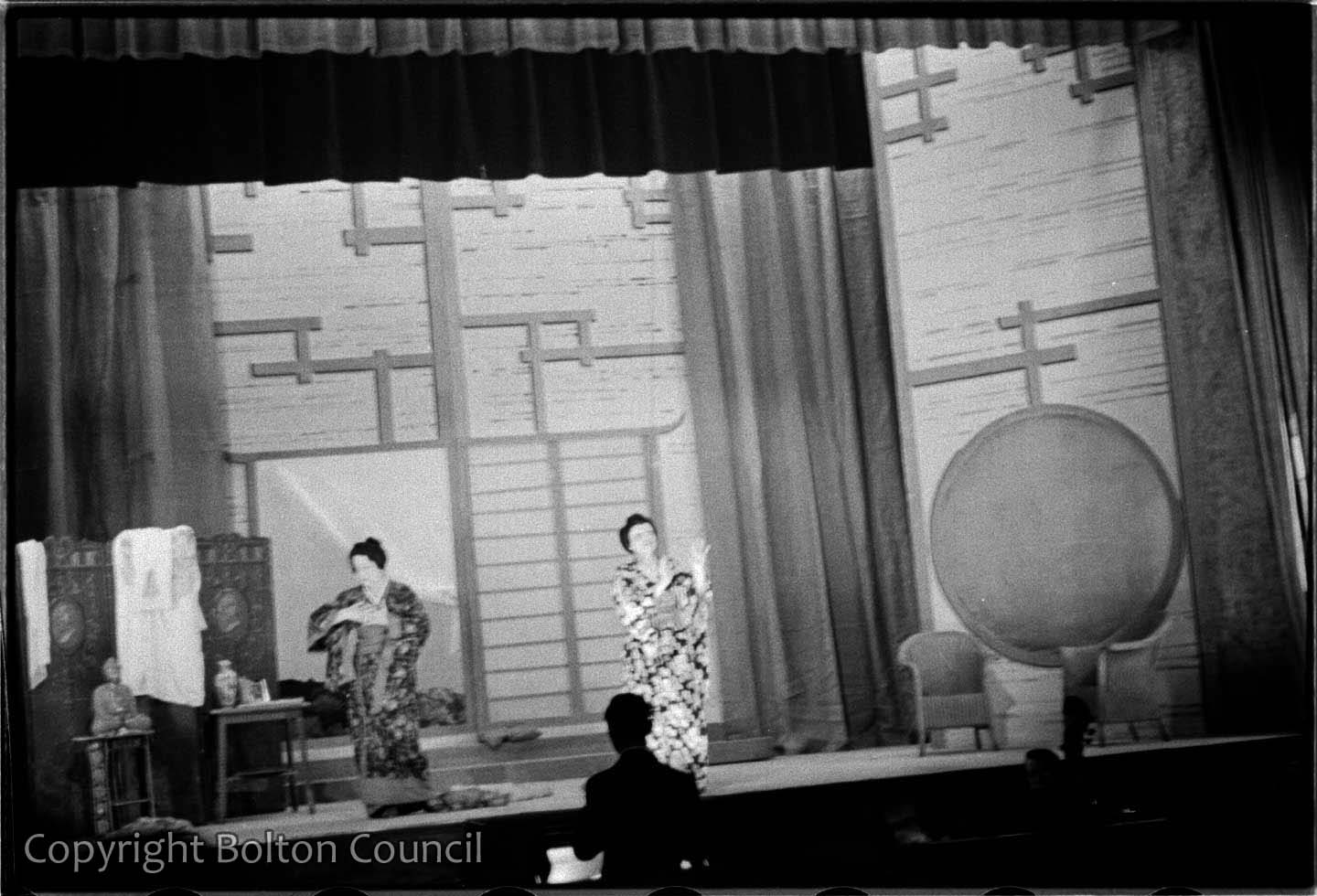 Performance of ‘Madame Butterfly by the Universal Grand Opera Company at the Grand Theatre, Bolton. The building has now been demolished. Humphrey Spender went to the matinee performance at 2.30pm on Wednesday 22nd September. A ticket and a written report by Spender are in the Mass Observation Archive alongside  an account by fellow observer Brian Barefoot which was written as if was of a political meeting.

Spender’s written account shows his sensitivity to how foreign cultures were presented in British culture as can be seen in the following transcription:

Comments heard were confined to remarks on the sweet, quiet behaviour of child (aged about 3-4). No comments heard about music.